Sony today expands its renowned 1000X family with the introduction of a new generation truly wireless headphones, the WF-1000XM3. Following the success of Sony’s Wireless Noise Cancelling Headphones, the WH-1000XM3, the WF-1000XM3 brings much of technological implementations of the over-ear variant to another aspect of portability. Noise cancelling capabilities is one of the most impressive and key aspects of the WH-1000XM3, the WF-1000XM3 headphones feature Dual Noise Sensor technology that is designed to work with the new QN1e HD Noise Cancelling Processor which is an enhanced variant of the QN1 processor found on the WH-1000XM3. It not only cancels more noise across almost all frequencies but also consumes less power.

The Dual Noise Sensor technology features a pair of microphones comprising of one feed-forward microphone and one feedback microphone on the surface of the headphones catch more of the ambient sound around you. With the captured ambient sound, the dedicated HD Noise Cancelling Processor QN1e cleverly creates an inverted sound wave to offset bothersome background noise. 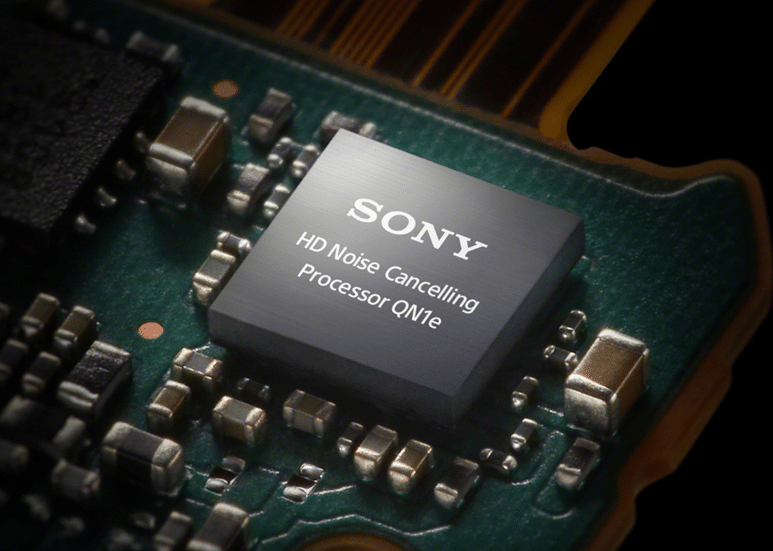 Similar to the implementation of the QN1 on the WH-1000XM3, the HD Noise Cancelling Processor QN1e is also responsible for 24-bit digital to analogue processing, coupled with Sony’s Digital Sound Enhancement Engine HX (DSEE HX™) – a feature which upscales compressed digital music files to recover some lost fidelity, the implementation brings you closer to the quality of High-Resolution Audio.

Complaints about True Wireless earbuds often revolves around connectivity issue, much can be attributed to the conventional left-to-right relay Bluetooth® transmission implementation which requires one earbud needing to pair the other via Bluetooth®. The WF-1000XM3 seeks to address this with a newly developed Bluetooth® chip which allows for L/R simultaneous Bluetooth® transmission, ensuring that both left and right earbuds receive audio content at the same time. Teamed with the new optimised antenna structure, this results in a highly stable connection with latency improvement. 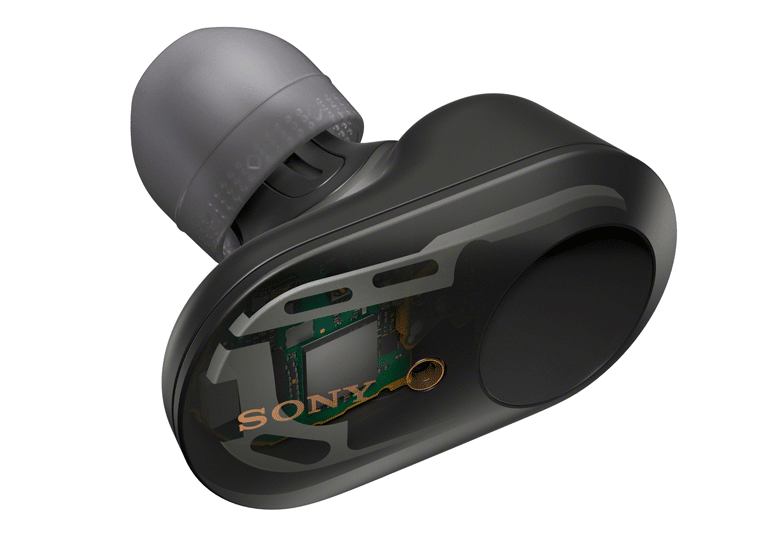 The WF-1000XM3 earbuds are specifically designed for improved comfort and stability in the ear. The ‘ergonomic tri-hold’ structure holds the earbuds firmly in place, with three supporting points for the ear. A high-friction rubber surface has also been included to ensure a stable fitting. The earbuds are also bundled with 4 sizes of hybrid earbuds and three sizes of triple comfort earbuds.

Those of you who have read my review of the WH-1000XM3 would know that the Quick Attention mode is my favourite feature. On the WF-1000XM3, one could simply place your finger over the touch panel of the left earbud to quickly lower the music volume and let the ambient sound in, so you can hear what’s happening around you. Coupled with the fully customisable touch sensors on the earbuds, one can easily play, pause, skip songs or activate your voice assistant with simple taps. Optimised for the Google Assistant, you can control your headphones by voice, making the WF-1000XM3 the perfect commuter companion. The headphones are also compatible with the Sony | Headphones Connect app, where you’ll find customisation features for sound, noise cancellation, touch controls and more.

Wait, there is more! The WF-1000XM3 also included a new Wearing Detection feature automatically pauses your music when you remove one of the earbuds from your ear and resumes playing when you put the earbud back in your ear. Now, that’s cool!

The Sony WF-1000XM3 will be available in black and silver, arriving in mid-July at selected Sony Stores, Sony Centres and Sony authorised dealers in Singapore from mid-July 2019 at a recommended retail price of SGD 349.